ss.mm design
A New Take On An Old Theme

ss.mm design was approached by the owners to redesign and replace an existing traditional house with light neoclassical elements at the center of Vassiliki that was heavily damaged by a recent major earthquake.

Vasiliki was a fishing village in the old days, has become the most important resort of southern Lefkada. It has preserved many traditional elements, like stone houses and a harbor full of fishing boats.

The foundations were usually placed on wood logs coated with tar which provided the building with durability because, in case of an earthquake, it could move as a whole, and therefore its flexibility would prevent the possibility of the building collapsing.

The ground floor was mostly made of stone and the first floor was mainly wooden.

The Lefkadian house with its light materials, namely wood, is neither an imposing building because of its weight nor an impressive building due to its volume. It is simple in its expression, light in its architecture and plain in its exterior appearance.

Our design sought to replicate the traditional approach of flexible sturdiness by proposing a composite structure of concrete and stone at the base level, combined with a light steel frame superstructure above.

The elevations are simple and symmetrical, with exposed stone walls lightly adorned with stucco trims around the openings than accentuate the dualities of the vernacular idiom -heavy/light, open/closed, light/shadow- and echo the colors and neoclassical appeal of the original.

The interiors are very much contemporary. The open plan layout of the main spaces in all 3 levels is juxtaposed to the enclosed and continuous central stair hall that also serves as a gallery space for works of art. The interiors aesthetic proposition is of an airy and minimal modernism that converses with the traditional envelope as it folds within and reappears uncovered at certain areas of the house. 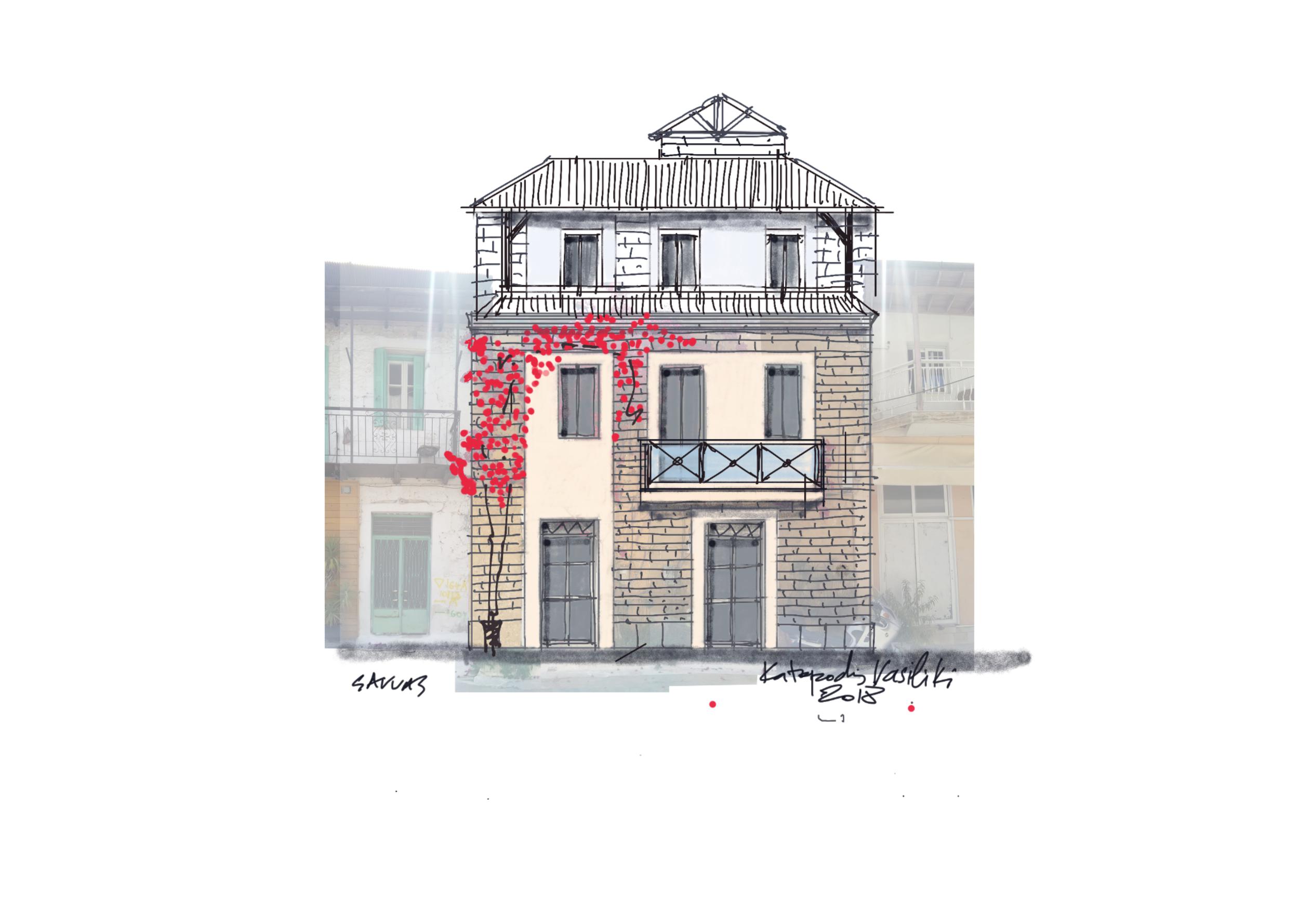 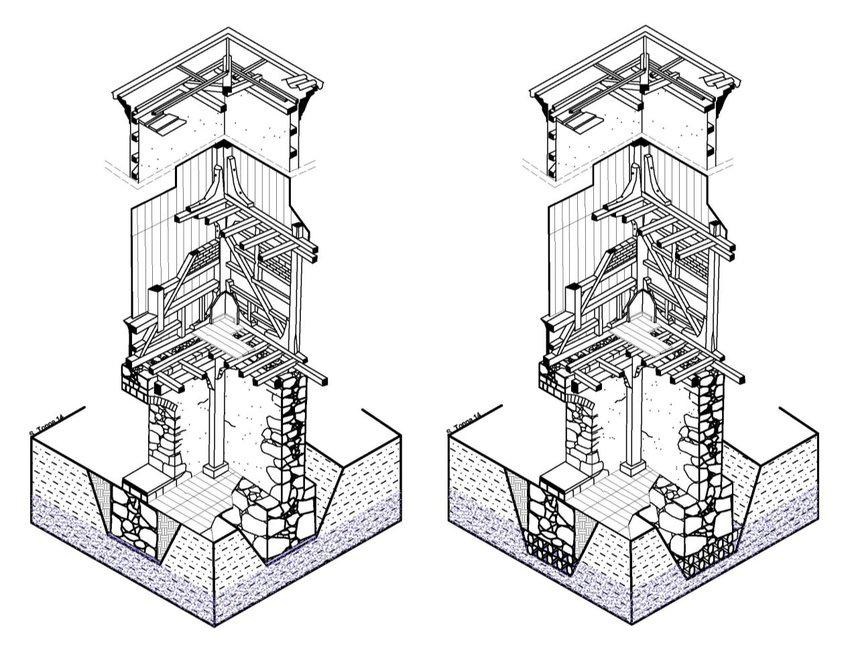 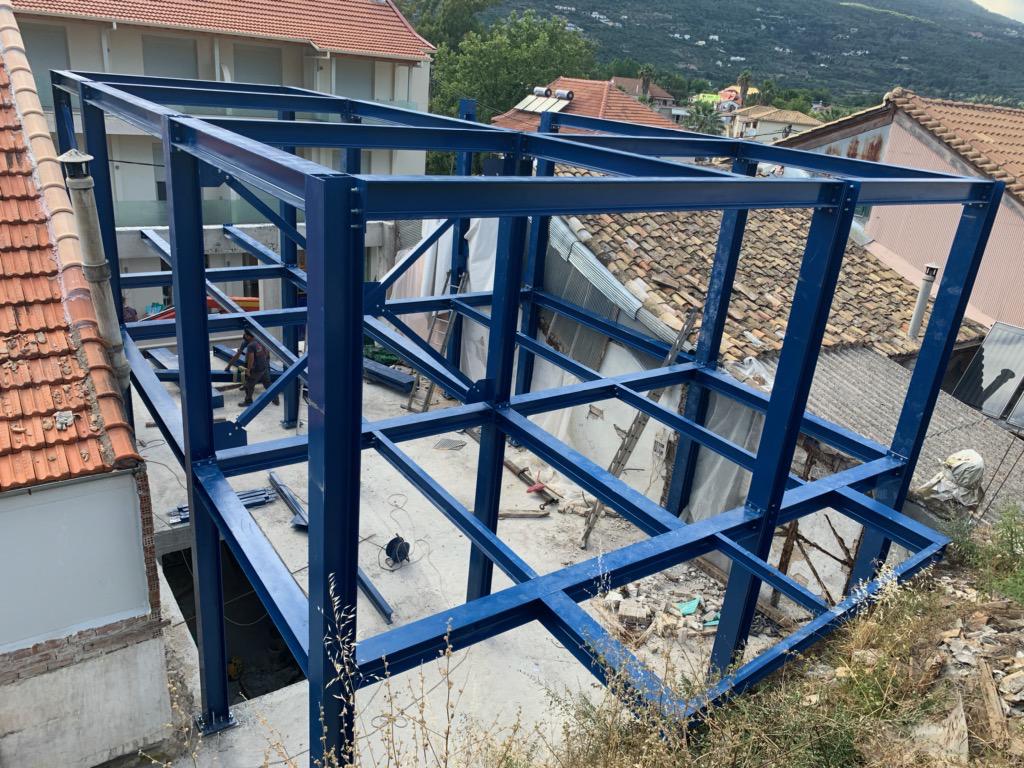 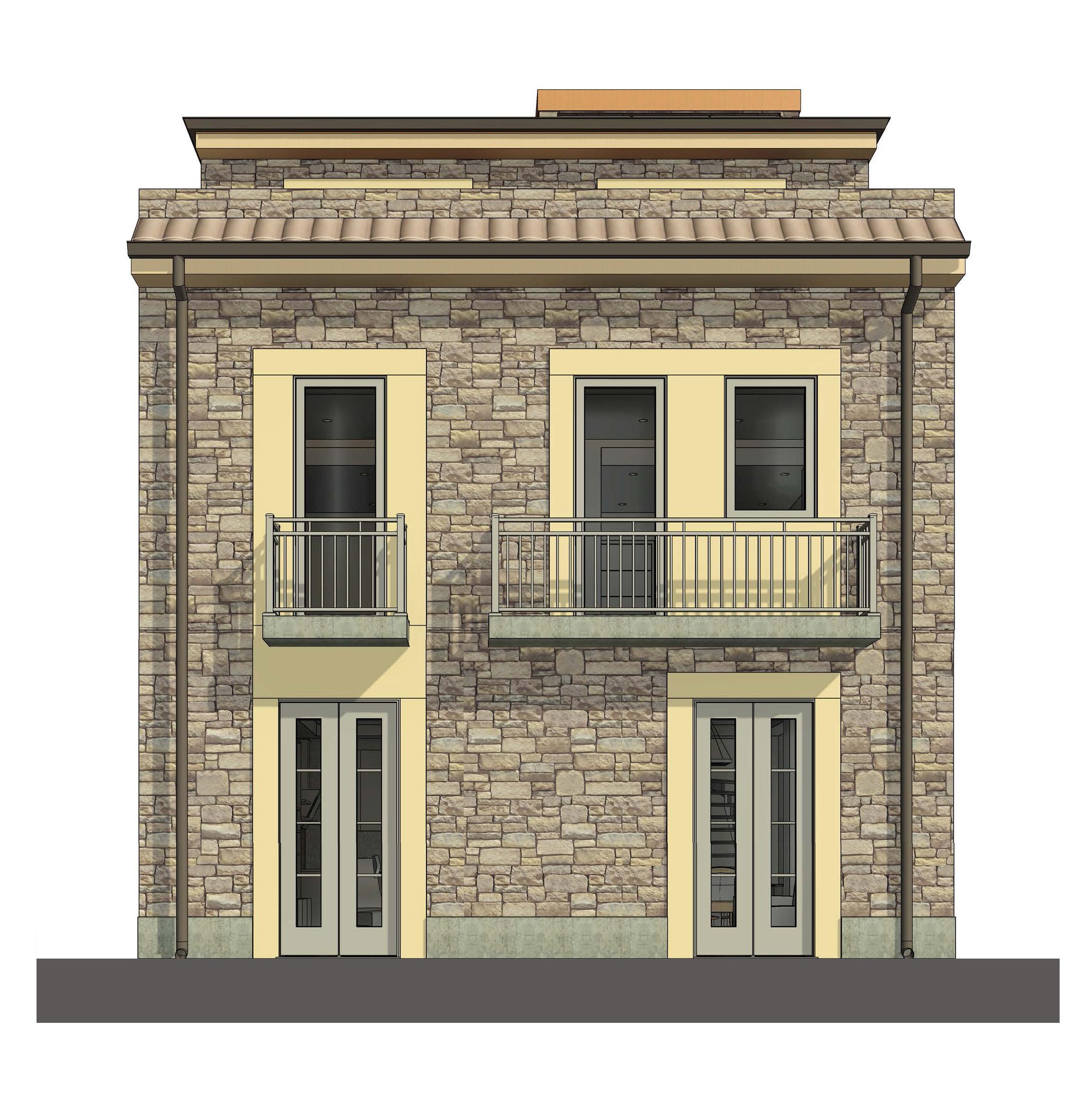 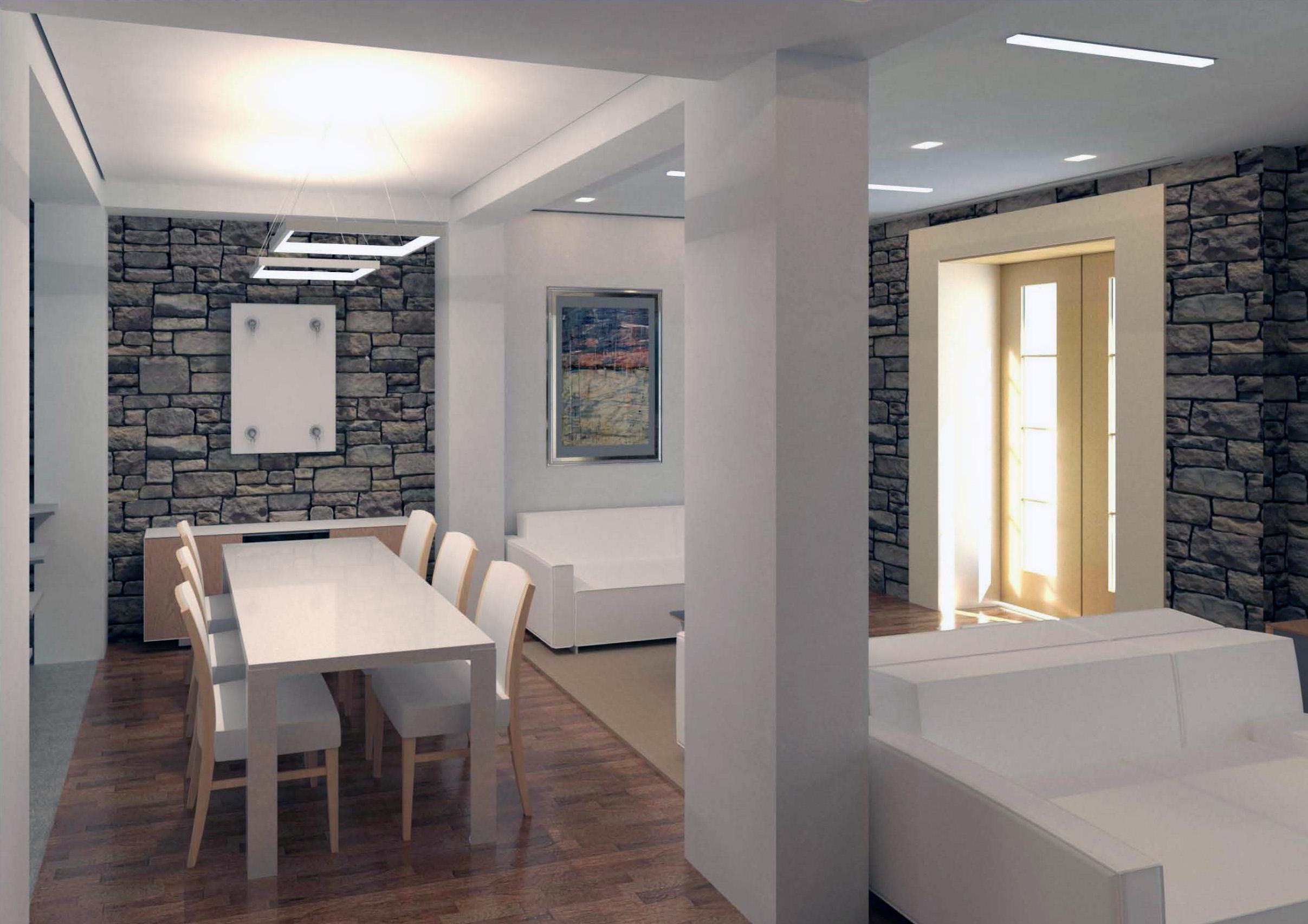 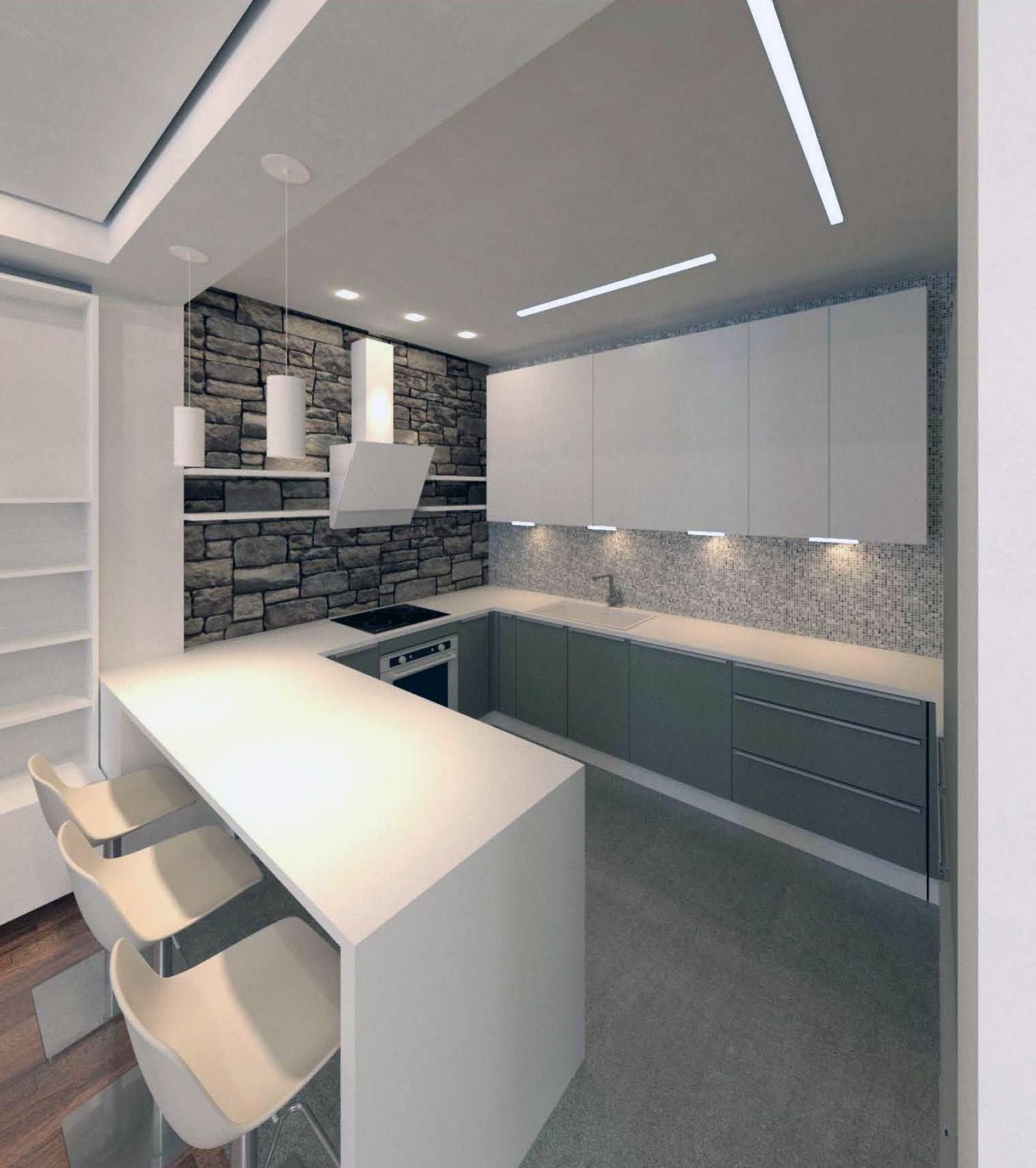 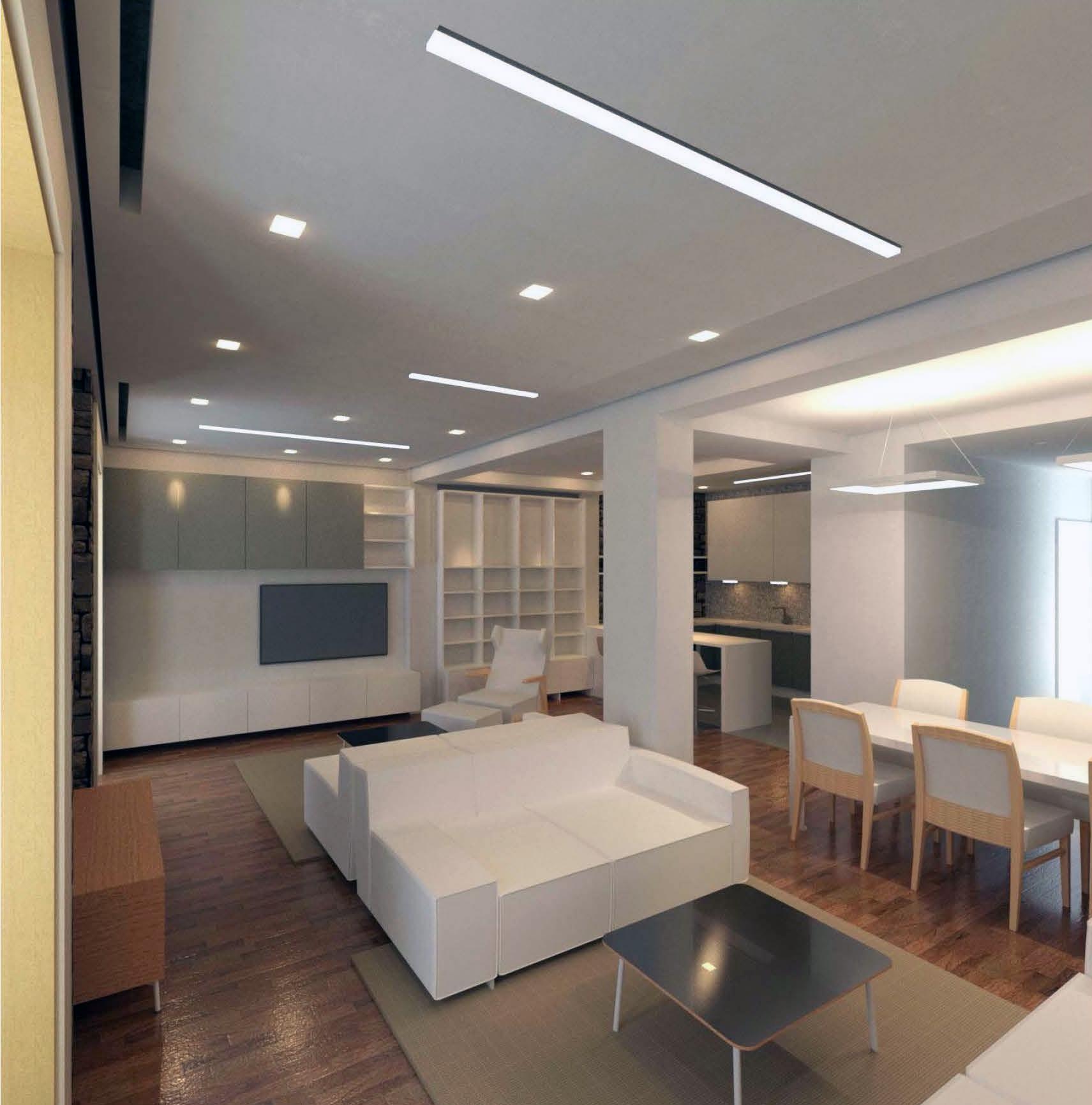 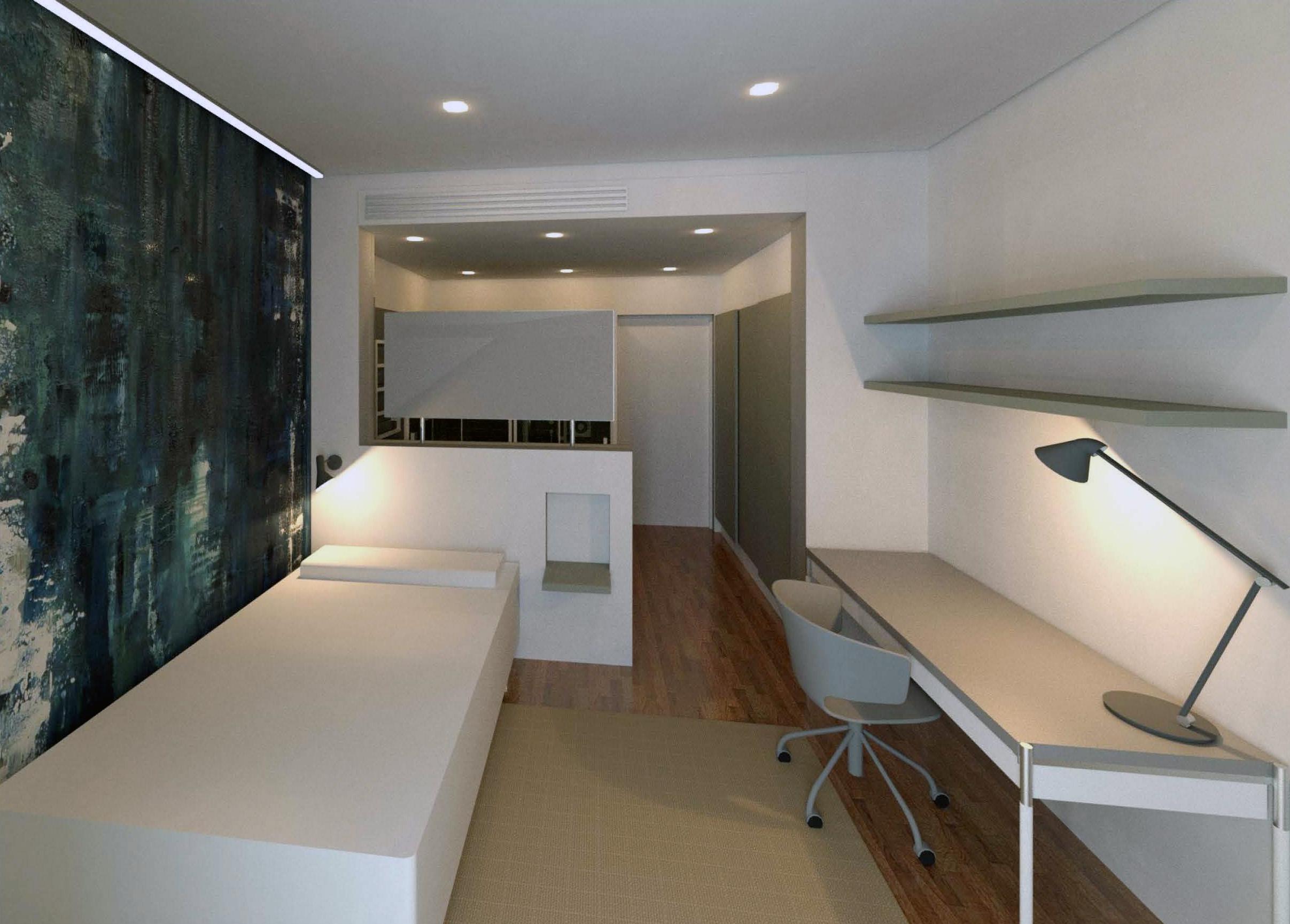 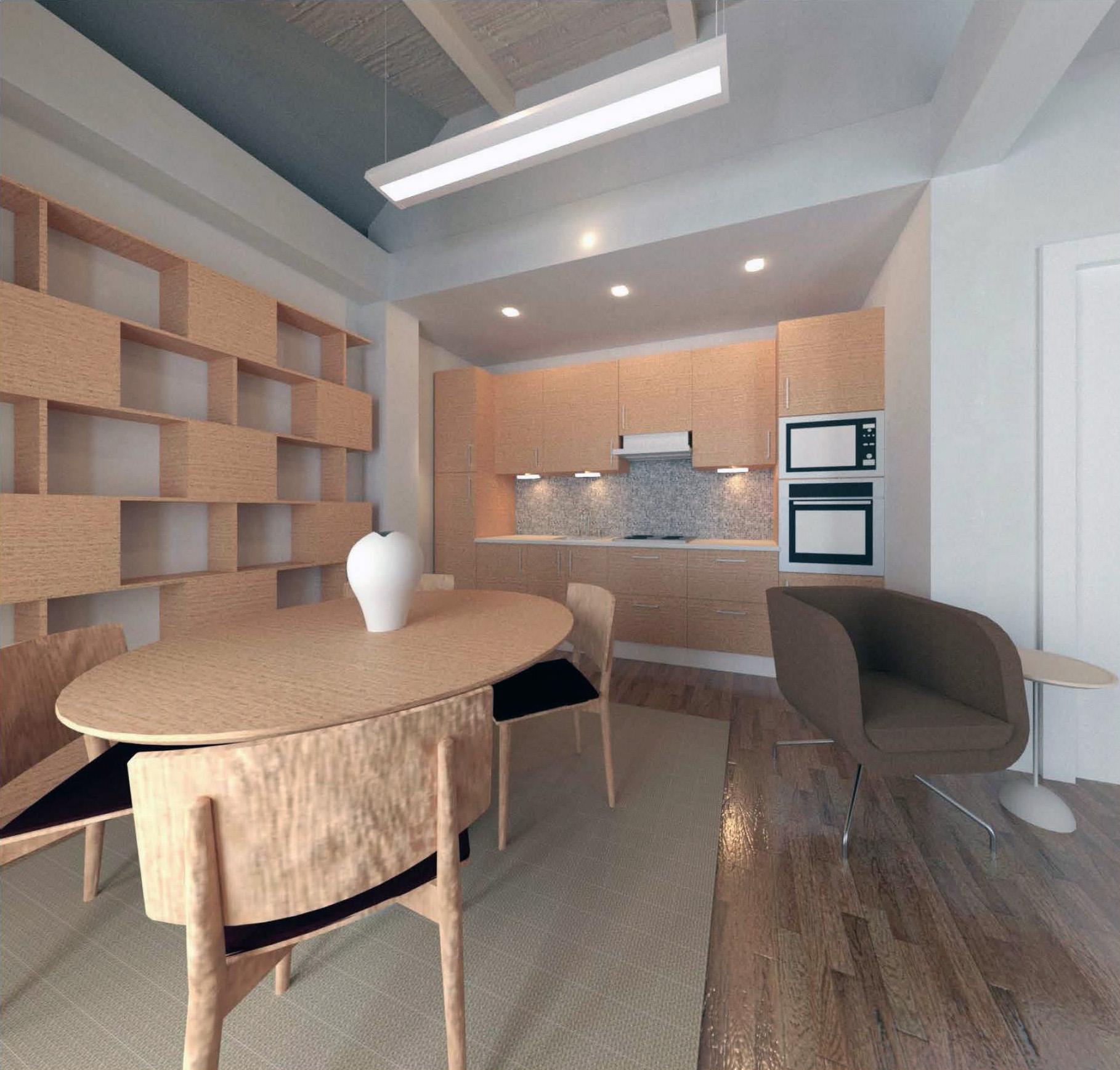 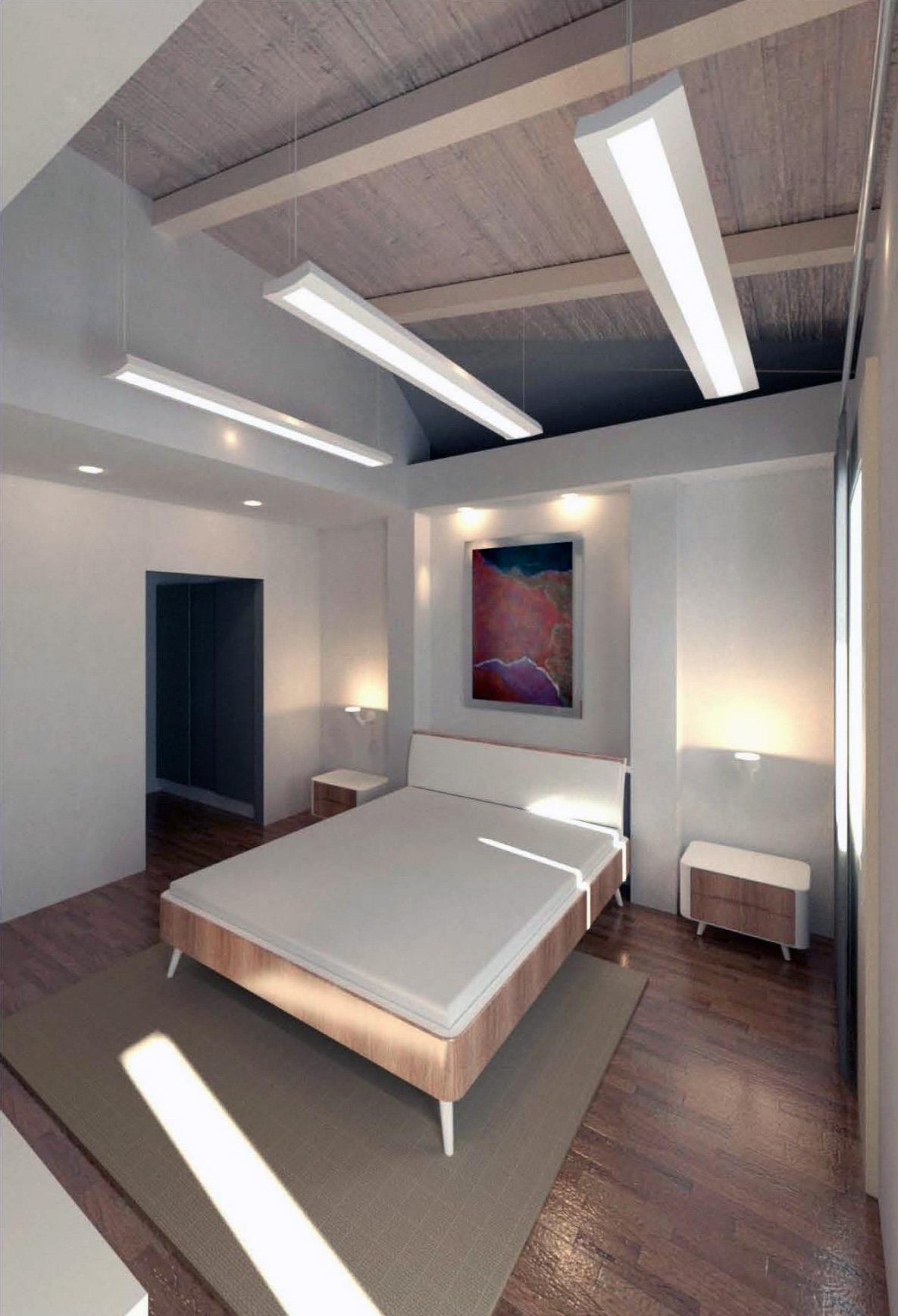 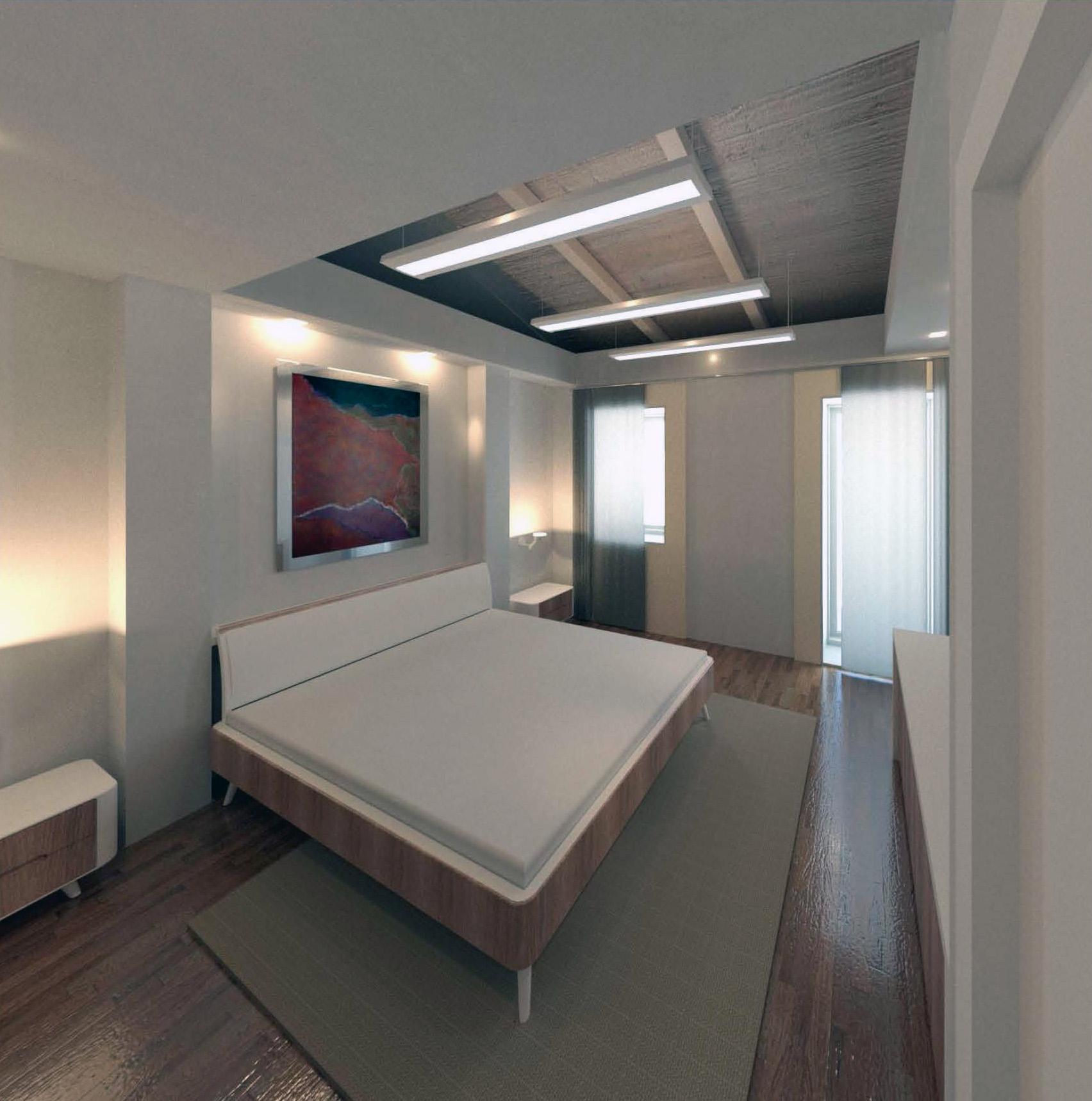 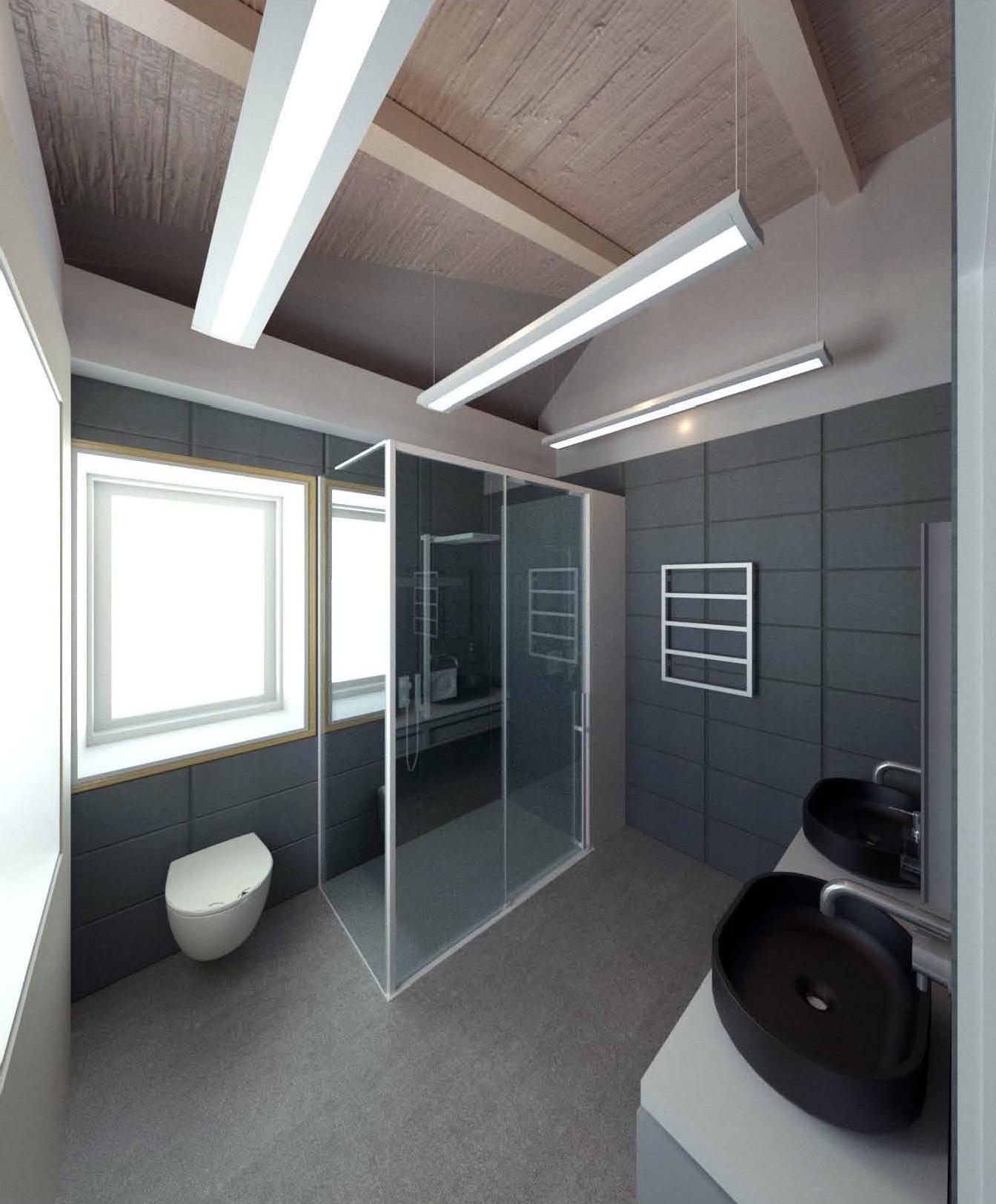